Over the years, the Charcoal Pit has become a celebration for Forallac neighbours. What started off as a purely educational and anthropological activity has turned into one of the most singular festive and cultural acts in the municipality. Although it was not held in Forallac until 1996, in the part known as Sobellàs in Sant Climent de Peralta, it was in one of the last areas in “Les Gavarres” to have Charcoal pits.

The village of Sant Climent de Peralta, the same as Peratallada, forms part of the municipality of Forallac. It’s only 10 minutes away by car from the Hotel el Cau del Papibou. 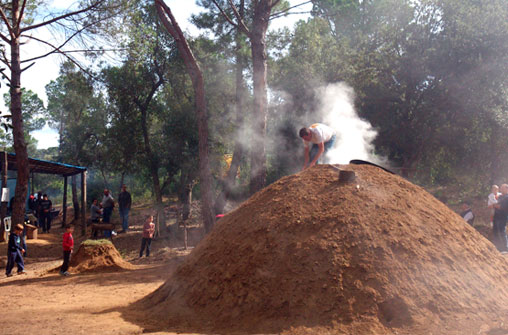